The nation’s oldest city is now the first in Florida since Prohibition to offer visitors a legal sip of Bourbon whiskey straight from the distiller.

This restored, century-old ice house has become a hot stop on the St. Augustine tourist trams since it opened in 2013. Inside the rehabilitated factory, the St. Augustine Distillery offers free tours (and tastings) of its craft-distilled Bourbon, vodka, gin and rum. And yes, you exit through the gift shop! 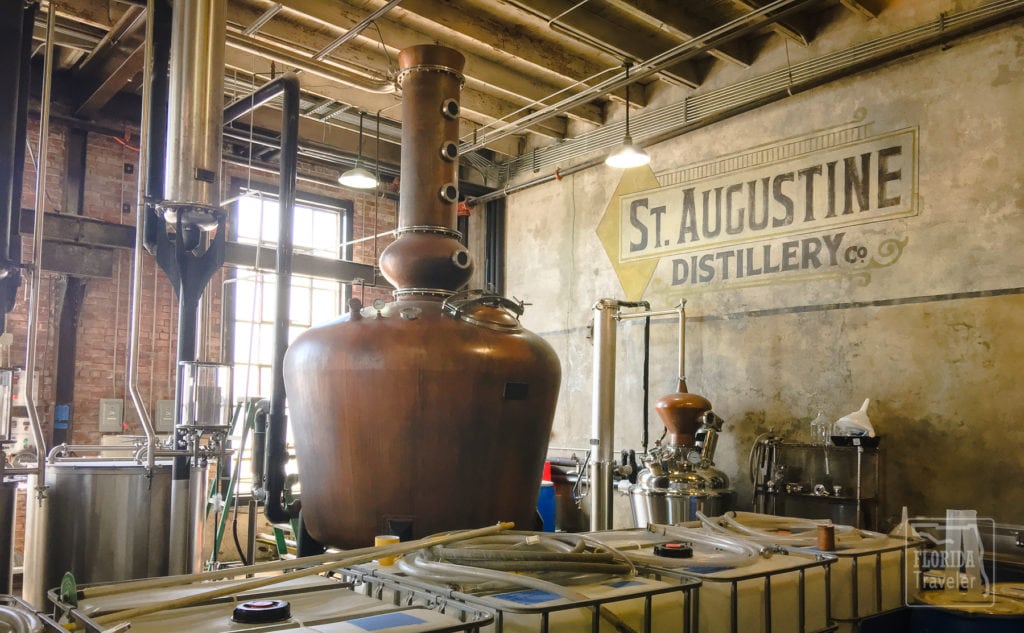 Prohibition ended in 1933, but it it wasn’t until 2016 that Florida’s first legally produced whiskey was offered for sale direct to consumers. A once-abandoned ice plant in is now home to a nationally-recognized craft distillery. 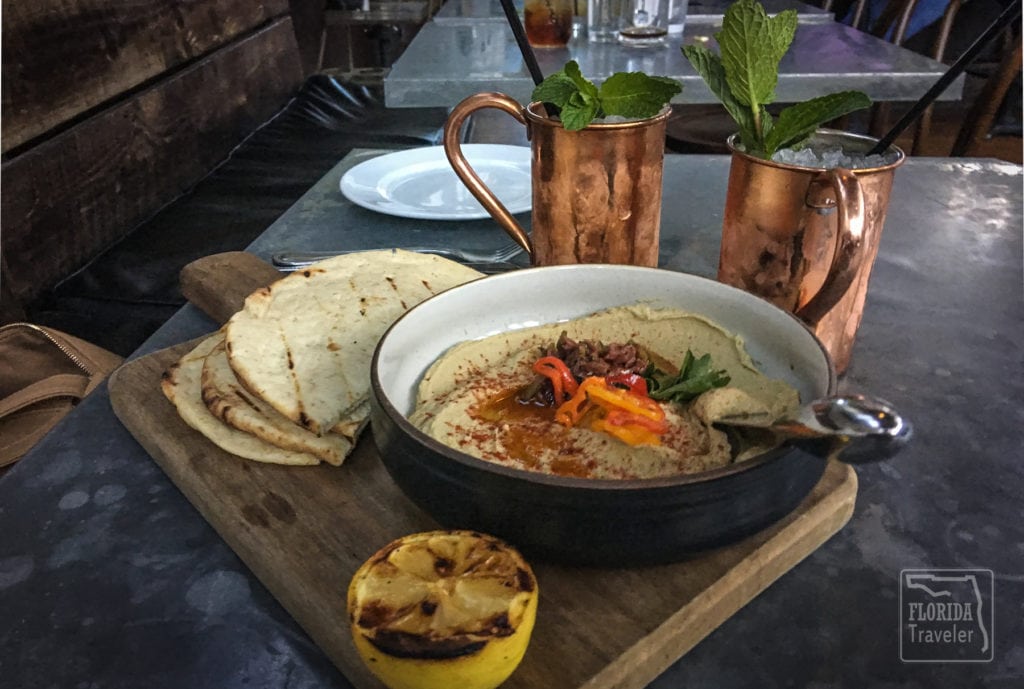 Upstairs, the Ice Plant Bar invites guests to step back into the early 20th century with custom cocktails and farm-to-table cuisine in a one-of-a-kind, historic atmosphere. It’s a cool place to beat the heat of summer.

It’s the law: All Bourbon is whiskey, but not all whiskey is Bourbon. Bourbon must be made from at least 51 percent corn, stored in new charred-oak barrels, distilled to a maximum 160 proof, stored in barrels at no more than 125 proof, and bottled at at least 80 proof. Now you know!

The free, 20-minute tour of the St. Augustine Distillery includes a lesson on the art of distilling. Their craft Bourbon is made from regionally-produced corn and wheat that returns to the farm as cattle feed after the distilling process. Their gin was recently named best in the nation by USA Today. 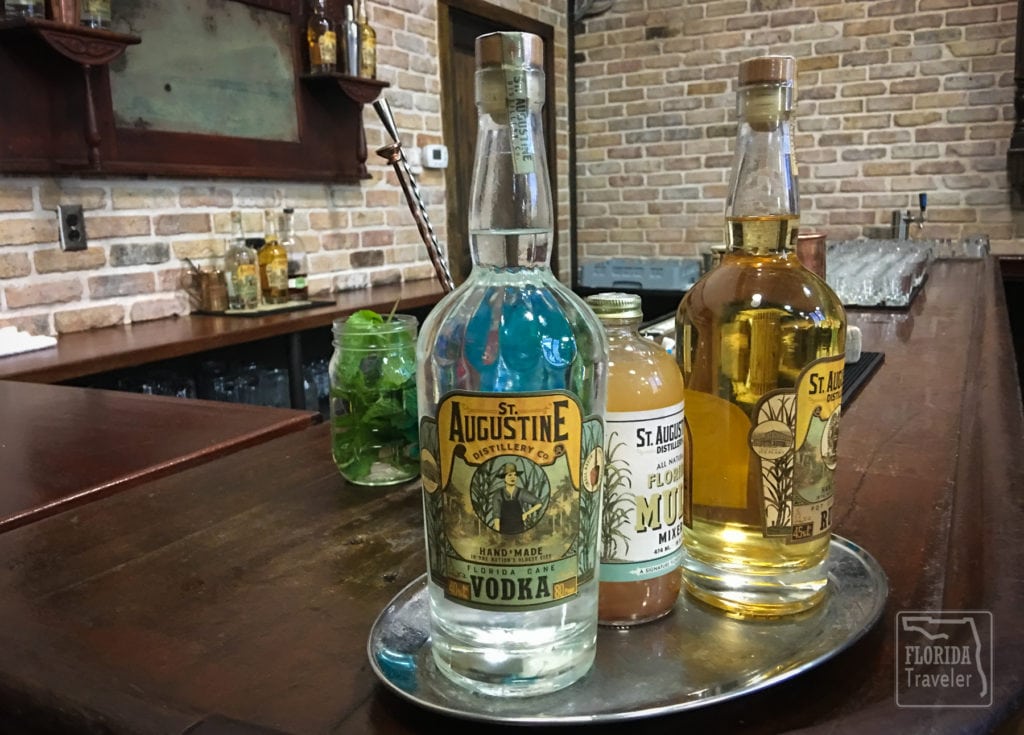 At the end of the tour, visitors are treated to a taste of the merchandise. The refreshing Florida Mule is a featured cocktail made of vodka, ginger syrup (with lime) and garnished with fresh mint. The Moscow Mule uses ginger beer and is garnished with a lime wedge. 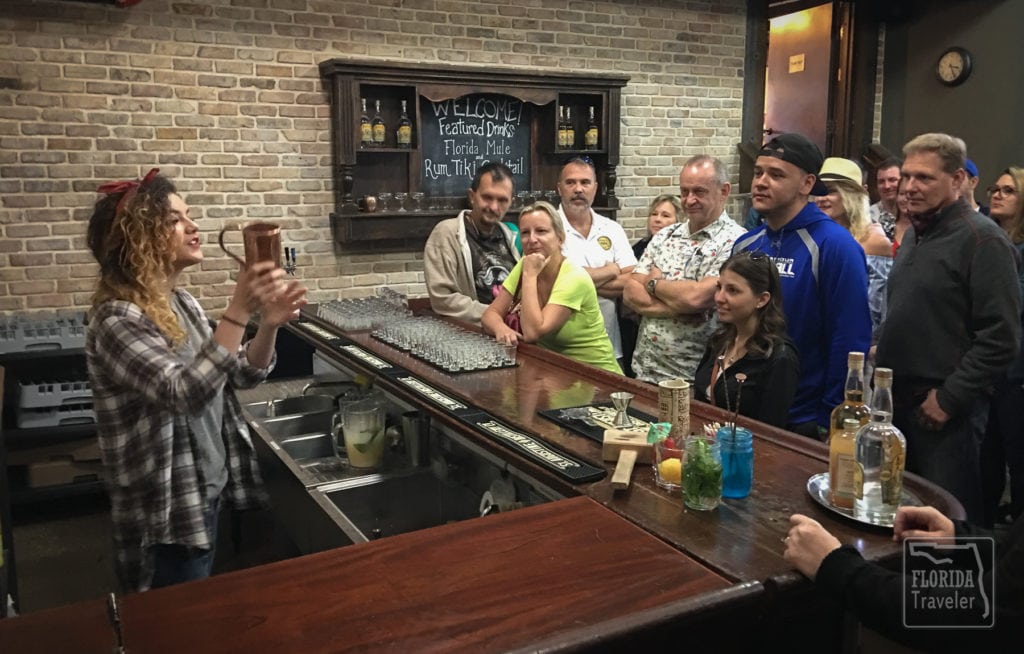 The tour concludes with a free tasting of several local cocktails made with spirits from the distillery. Any tour that ends with a Rum Tiki Cocktail is bound to be a crowd pleaser! 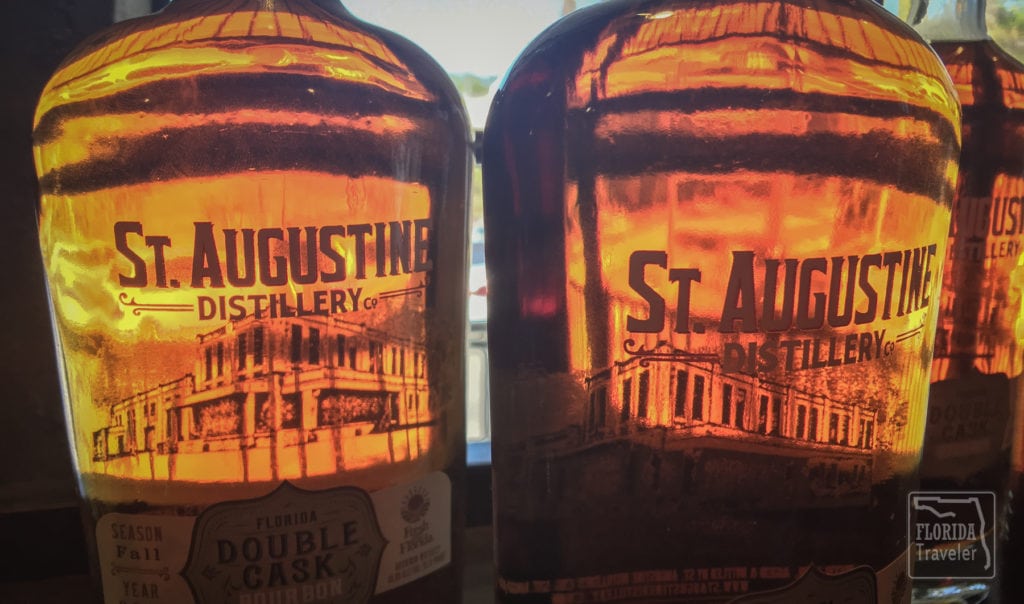 Florida state law originally limited visitors to a maximum purchase of two bottles of any liquor per person. The law was later relaxed to two bottles ‘per label,’ then to six bottles with the passing of the 2017 ‘Whiskey and Wheaties” bill that further deregulates liquor sales in Florida. (The law was vetoed by Governor Rick Scott in May, 2017.)