FALLING WATERS STATE PARK — For a state with as little elevation as Florida, a 70-foot waterfall is truly unique. In fact, it’s more than 10 times higher than the average elevation of the state.

What’s more strange, it originates at ground level. It begins as a small, rather ordinary stream that winds through a forest of white oak, magnolia, beech and dogwood.

The drama comes when the stream hits an unusually deep and narrow sinkhole. The effect is spectacular. From on observation platform midway down the 100-foot sinkhole, you can get the full effect of the rushing water and the constant mist. The water pours through a lush garden of moss and ferns, creating a picture that might as easily have been taken in the interior of some tropical island. 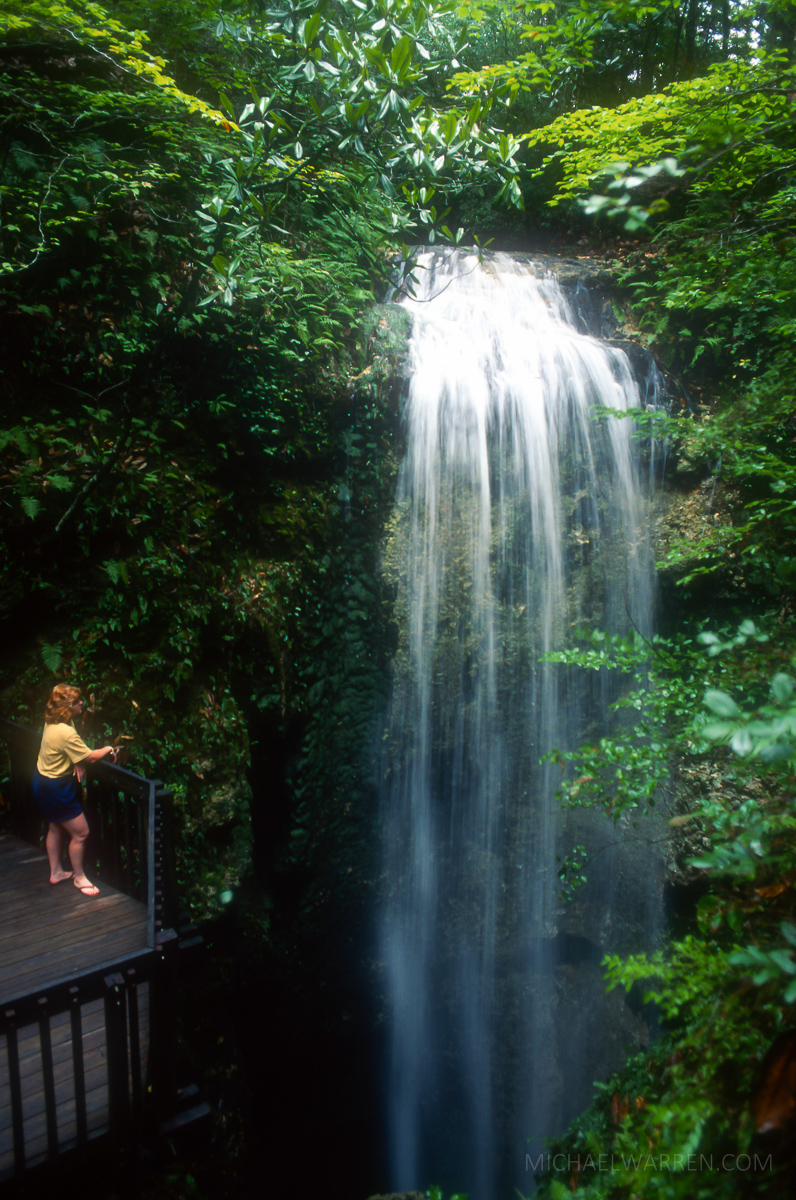 The stream disappears at the bottom of the pit, and its final outflow isn’t known, according to park officials. An attempt was made to die the water and find out where it went, but the experiment was unsuccessful. The waterfall is the only one of its kind in the state of Florida. If the rainfall is normal it runs consistently, but it may vary in volume. In addition to its namesake waterfall, Falling Waters State Park has an attractive hilly landscape that’s pockmarked with several less dramatic sinkholes. The state park is makes an unique day trip that’s less than two hours’ drive from Tallahassee.

All the sinkholes here were formed when mildly acidic rainwater percolated down through the limestone, creating caverns that ultimately collapsed. Raised boardwalks allow visitors a look at several of these geologic wonders. 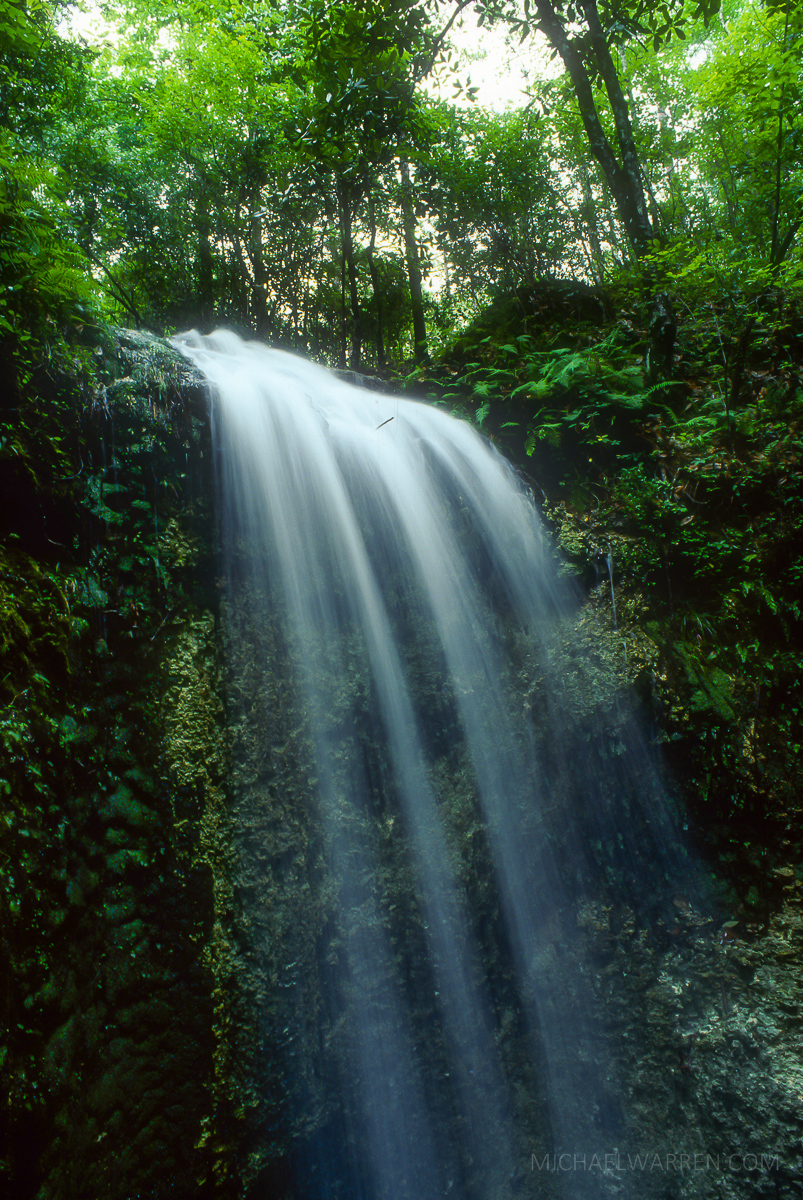 Though the park feels wild and untouched, the area around the waterfall has seen plenty of industrial activity. During the Civil War the waterfall powered a grist mill, and debris from that period still fills the floor of the sinkhole. A whiskey distillery once and exotic nursery were also operated within the park boundaries. Several exotic plants in the park today date from the Depression-era nursery.

Within the park boundaries you’ll also find the site of the first oil exploration in Florida. When geologists found a fault in the area they began drilling in 1919. Although the drillers found gas at 3,900 feet, there wasn’t enough oil to warrant pumping. The well (capped in 1922) is located on a short trail between the waterfall and lake.

Falling Waters is located in the Florida Panhandle three miles south of Chipley, off State Road 77A.

Open daily from 8 a.m. until sunset. The entrance fee is $5.00 per vehicle, up to 8 people or $4.00 for single occupants. Camping is available at one of the park’s 24 campsites on a first-come-first-serve basis. Electricity is available at all sites. The camping fee is $18 a night. Fishing and swimming is available in the park’s small lake, and short hiking trails tour the parks unique geology. For more information, write to Falling Waters State Recreation Area, 1130 State Park Road, Chipley, FL 32428 or call (850) 638-6130.

Tip: For a full day trip, you can combine a visit to Falling Waters with a tour of Florida Caverns State Park in Marianna, which is about a half hour away. Both parks offer welcome relief from long drives along Interstate 10.